For today’s post, I thought we might try something new. Rather than write a formal article, I wanted to share some things with you that have been on my mind lately about business continuity and disaster recovery.

I have been observing other organizations’ disaster response efforts from the outside and trying to work out what’s really going on based on what we see in the media, as well as about what separates a good public relations response to a crisis from a bad one. I’ll touch on these and other topics below.

The Good, the Bad, and the Ugly

Every now and then in this business things happen just the way they are supposed to: a company you’ve worked with takes a punch, and with the aid of the business continuity plan that you wrote with them, the situation is dealt with effectively, the disruption is minimized, and the company quickly gets back on track. That’s a satisfying thing to be part of.

Stories like these will give you an idea of why I’ve found this such a satisfying field to work in for almost two decades.

Is your business continuity plan enough to restore your business during a disaster situation? Put it to the test with our Components of a Comprehensive Business Continuity Program.

What if the Disaster Doesn’t Fit Your Plan?

Here’s another story, unrelated to any of the incidents described above. Once we were conducting a mock disaster for a client to test their continuity plan, and one of the key participants objected to the scenario we proposed. We asked him what was wrong with it. “Your disaster doesn’t fit my plan,” he replied. Here’s a word to the wise: The real-life disasters that come at you never fit your plan.

Building on the above, here are a few more words to the wise:

The Struggle is Real

I’ve been in this field for over 25 years, and one thing I’ve learned from going to industry events and talking to people around the country: getting companies to set up BCM programs and implement well-thought-out plans and strategies is an ongoing struggle almost across the board.

A lot of companies that you would assume have their act together in terms of business continuity (based on the fact that they are highly touted, highly respected blue-chip companies) actually are not well-prepared to deal with disaster. A lot goes wrong behind the scenes at these companies, and sometimes there’s real chaos. Probably 10 percent of companies are well-prepared for disruptions. In most cases, the disaster response is not as good as you assume it would be.

For examples of organizations that struggle mightily with business continuity, we need look no further than these industries that typically lag in BCM readiness:

The Hallmarks of Success

You know the old saying about how the three most important things in real estate are location, location, location? I’m tempted to say that in business continuity, the three most important things are testing, testing, testing. That’s not exactly the case, but it’s close. A disaster recovery plan is great. A disaster recovery plan that has been tested and found to work is gold.

The Importance of Public Relations

One of the interesting facts of life in the disaster recovery business is the unevenness of the amount of information about disasters that comes into the public eye. We learn a lot about what happens in disasters involving government agencies. We learn a moderate amount about disasters that occur in the private sector where there’s a major consumer impact, prompting a lot of interest from the media. But the vast majority of disasters occur out of the public eye. They occur and are managed without outsiders ever knowing about them. Often, even those of us involved in writing disaster recovery plans for different companies are not informed when there’s an incident and those plans are put into action.

It may be true that you can’t judge a book by its cover, but I have observed over the years that it is pretty safe to judge an organization’s disaster response efforts by how well it fields media inquiries about the disaster. If the company handles the press part well, it’s usually safe to assume they’re doing a lot of other things right behind the scenes.

What are the hallmarks of a good press operation in a disaster response situation? Here are a few:

Prepare For Any Crisis With BCMMetrics™ Business Continuity Software

BCMMetrics™ can help you get the necessary information to start creating effective contingency plans for your business, without hiring outside help. Our BIA On-Demand (BIAOD) tool gives you all the right questions to ask to accurately identify your company’s most critical processes and their dependencies. And the Residual Risk (R2) tool helps measure and assess risk factors and the threat landscape for your organization. There’s no software to install; it’s all cloud-based and secure, so you can get started right away.

Interested in scheduling a free demo of BCMMetrics™ to see the tools in action? Sign up today to book a time.

business continuity business continuity management business continuity program Crisis Management Public Relations
Crisis Management, Public Relations, and Business Continuity2018-01-112018-01-11https://bcmmetrics.com/wp-content/uploads/2018/06/bcmmetrics.pngBCMMETRICShttps://bcmmetrics.com/wp-content/uploads/2018/01/disaster-recovery-public-relations-business-continuity.jpg200px200px
About
Michael Herrera
Michael Herrera is the Chief Executive Officer (CEO) of BCMMETRICS and its sister company, MHA Consulting. In his role, Michael provides global leadership to the entire set of industry practices and horizontal capabilities within MHA. Under his leadership, MHA has become a leading provider of Business Continuity and Disaster Recovery services to organizations on a global level. He is also the founder of BCMMETRICS, a leading cloud based tool designed to assess business continuity compliance and residual risk. Michael is a well-known and sought after speaker on Business Continuity issues at local and national contingency planner chapter meetings and conferences. Prior to founding MHA, he was a Regional VP for Bank of America, where he was responsible for Business Continuity across the southwest region. Do the Right Thing: Start a BCM ProgramBusiness Continuity 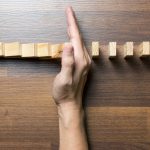